Search for a Property:

It started with a Morgan horse named Applevale Aristocrat. I had the privilege of owning this outstanding and famous horse for 17 years until he passed away in 1996 at the age of 29. During his illustrious showing career, starting as a weanling, then to model and fine harness at the Nationals and other top Morgan horse shows, “Cat” as he was affectionately known, was a National Champion with winnings too numerous to mention.

He was bred, owned and began his early show career with Voorhis Morgan Horse Farm in Red Hook, New York. Later in his career he was purchased by the late Mrs. Hervey Kent of Hampton Falls, NH. “Cat” and Mrs. Kent were both class acts and with the respect and friendship we developed in the 1970’s, Mrs. Kent graciously intrusted ownership of “Cat” to the Kulakowski family.

Applevale Realty exemplifies everything this horse represents. The Morgan horse is a New England staple and “Cat” was a classic New England horse. He possessed a kind demeanor, yet when he entered a show ring he was all business, never letting those he represented down - all with style and commitment.

Come by the Applevale Realty office and chat about “Cat”, see his oil painting, and some beautiful photographs of Applevale Aristocrat. 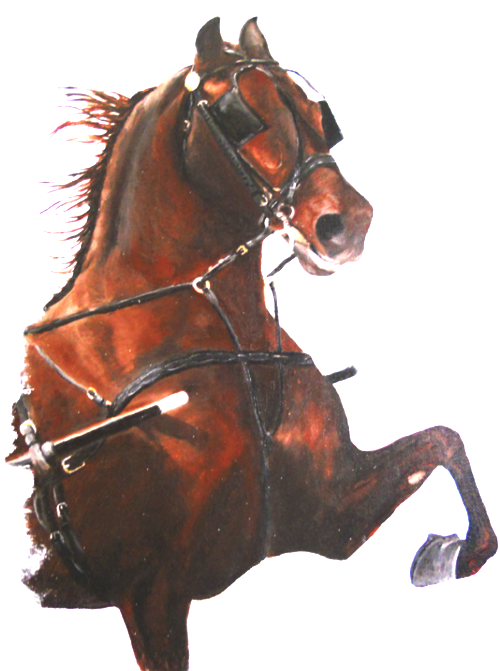